StairSteady - A Step Towards Independence

We’re delighted to add StairSteady to our product range. This simple but effective award-winning product can help keep the user independent but safe without the cost and disruption of a stairlift. See our StairSteady page to learn more about how it works and whether it might help you.

James and Mahmud, two of our technicians, are pictured having just completed the installation of an extra-long demonstration unit, so you can now visit our Enfield showroom to try out the StairSteady and decide whether it would suit you (we've also have a demonstration stairlift so you try that as well to help you with your choice). Our staff are happy to advise and you can have a coffee and a chat.

The StairSteady was invented by Ruth Amos, when she was just 15 years old. From this idea StairSteady has grown into an international brand with a network of dealers throughout the UK.

As well as being Managing Director of Stairsteady, Ruth is an Inventor, Entrepreneur, Edutuber, and co-founder of the #girlswithdrills movement. She is also co-founder of YouTube channel ‘Kids Invent Stuff’ and is an inspirational and motivational speaker

After designing the StairSteady as part of her GCSE Resistant Materials Course, Ruth established StairSteady Ltd in 2006, she then went on to win Young Engineer for Britain 2006 with her design.

Ruth’s love of engineering inspired her and fellow inventor Shawn Brown to create a YouTube Channel, ‘Kids Invent Stuff’ (as featured on The One Show, BBC News Online and Tomorrow’s World Live) where 5-11 year olds have the chance to get their invention ideas built by real engineers. Each month children submit their ideas to solve a different challenge and the most creative inventions are showcased on the channel; one idea is built and tested on camera.

Ruth is living proof that engineering and science is not boring and we’re looking forward to working with Ruth and her team at StairSteady.

At Fortuna we’re constantly searching for exciting and innovative new products from around the world to make sure that you have the best options. Therefore, we’re delighted to be able to add the Armon zero gravity dynamic armrest to our 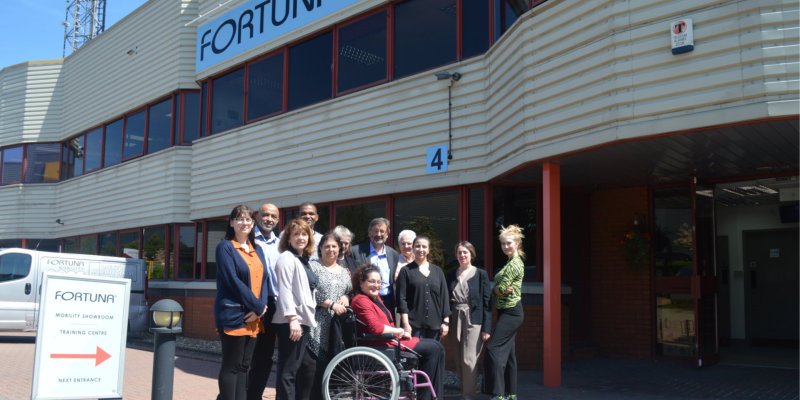 Welcome to our new completely re-designed website. Although we have the same web address, that’s practically the only thing that’s the same. Webfuel have helped us with what we think is a great new look, but we’ve also updated the